In March we were asked to use our professional experience to make a fair and objective judgement of the grade we believed a student would have achieved had they sat their exams this year. We were told that it was important to take into account the full range of available evidence when we graded students - including non-exam assessment, the results of any homework assignments or mock exams, and any other records of student performance over the course of study. We were aware that once our grades were submitted, a process of standardisation would be undertaken (though at that time we were unaware of the nature of that process). Following the publication of the results, it is clear that the grades awarded are based upon the rank order submitted for each subject, historical examination outcomes and students’ prior attainment, and not the full range of evidence that we had used to determine the grades submitted. It was disappointing to find that less than 1% of grades awarded were up on the centre assessed grade and 35% were at least one grade down (in 4 instances outcomes were moved down by 2 grades).

The exam boards’ standardisation procedures resulted in an average A level points score of 41 (compared to 42 last year), with 43% of entries being graded A*/A, and 89% graded A*-C (compared to 49 and 90% respectively last year). More than half of the cohort (52%) achieved at least AAB (including two or more facilitating subjects).
Caleb Tham and Lewis Lee were each awarded 4A* grades, with Jack Nguyen, Arjun Makaharalli, Simi Hellsten, Joshua Clough and Jack Atfield all being awarded 3A*s and an A. Simi leaves us to read mathematics at Oxford, where he will be joined by Hannah McFarlane who will be reading Music. Gabriel Kerwick has secured a place at Cambridge to read Law; Oliver Edge, Helena Lane, Arjun Makarahalli, Hani Tabbara, Monty Walker and Lakshmi Ramireddy leave the school to read medicine, and Timothy Su and Ewan Tian leave us to study dentistry.

Earlier this week, the Department for Education announced a "triple lock" - so results will be the highest out of their calculated grades, their mocks and an optional written exam in the autumn. We are concerned that mock exams are carried out in many different ways (and at different times) by schools and are therefore not consistent enough to be used to determine A-level grades. As a school, we have always ensured that are mock examinations are carried out formally, are suitably challenging and are robustly assessed. This approach is of great benefit to those preparing for “real” examinations, but now appears to be disadvantageous to our students who may wish to use their mock result as the basis of an appeal against their calculated grade. Under normal circumstances, we would anticipate most students to improve upon their performance in the January mock examinations after further revision and honing of their examination technique before sitting their formal examinations in June. We also believe that students are unlikely to perform well in the optional written examinations scheduled for the autumn, given that they have not been in school since March, and that there is little time or additional resource available for revision.

Dr Dorian Lewis, headmaster, commented:
“Whilst on the surface, our overall results appear to be very good, the standardisation process has been grossly unfair to a number of individual students in a range of subjects. As a school, we believe that the centre-assessed grades that we submitted are a better reflection of the grade a student would have achieved had they sat their exams this year, as we have taken into account the full range of available evidence, and not relied simply upon historical data and a statistical model. Whilst we may have many concerns over algorithms, models and statistics, our main concerns are for the mental well-being and the life chances of the young people we serve. We contend that this government-led debacle has been detrimental to both. Our young people deserve better. As their teachers, we feel responsible for them, but powerless to do anything for them than offer our support, and challenge at the highest level the process that has been used to vary the awarded grades from those which we submitted, and they deserve.” 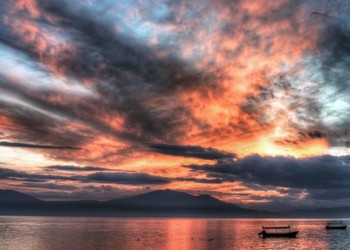 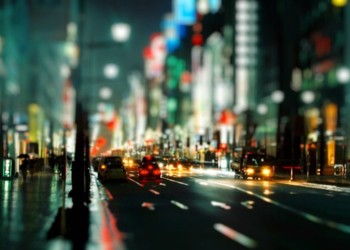